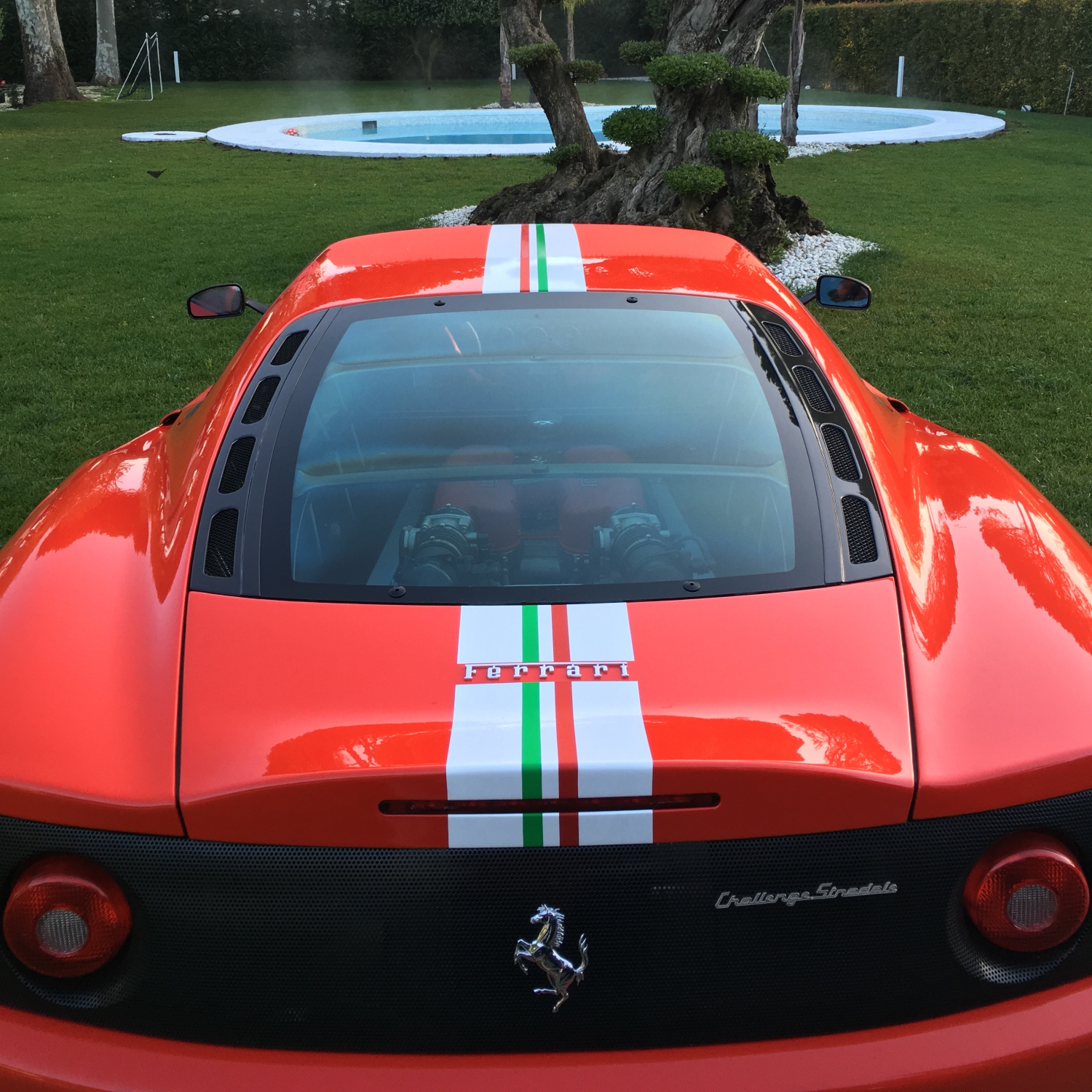 
Do you want to buy it?
More information

The Ferrari 360 (Type F131) is a two-seater, mid-engine, rear wheel drive sports car manufactured by Italian automotive manufacturer Ferrari from 1999 to 2005. It succeeded the Ferrari F355 and was replaced by the Ferrari F430 in 2005.
Ferrari partnered with Alcoa to produce an entirely new all aluminium space-frame chassis that was 40% stiffer than the F355 which had utilized steel. The design was 28% lighter despite a 10% increase in overall dimensions. Along with a lightweight frame the new Pininfarina body styling deviated from traditions of the previous decade's sharp angles and flip-up headlights. The new V8 engine, utilises a 3.6 litre capacity, a flat plane crankshaft and titanium connecting rods. The engine generates a power output of 400 PS (294 kW; 395 hp). According to Ferrari, weight was reduced by 60 kg (130 lb) and the 0 to 100 km/h (62 mph) acceleration time improved from 4.7 to 4.5 seconds.

The first model to be produced was the 360 Modena, followed later by the 360 Spider and a special edition, the Challenge Stradale. The Challenge Stradale was the highest-performance road-legal version of the 360 produced by the factory, featuring carbon ceramic brakes (from the Enzo), track tuned suspension, aerodynamic gains, weight reduction, power improvements and revised gearbox software among its track-focused brief. There were 8,800 Modenas and 7,565 Spiders produced worldwide. There were 4,199 built for the US market 1,810 Modenas (coupes) and 2,389 Spiders (convertibles). Of those numbers there were only 469 Modenas and 670 Spiders that were produced with a gated 6-speed manual transmission as opposed to the automated F1 single clutch transmission