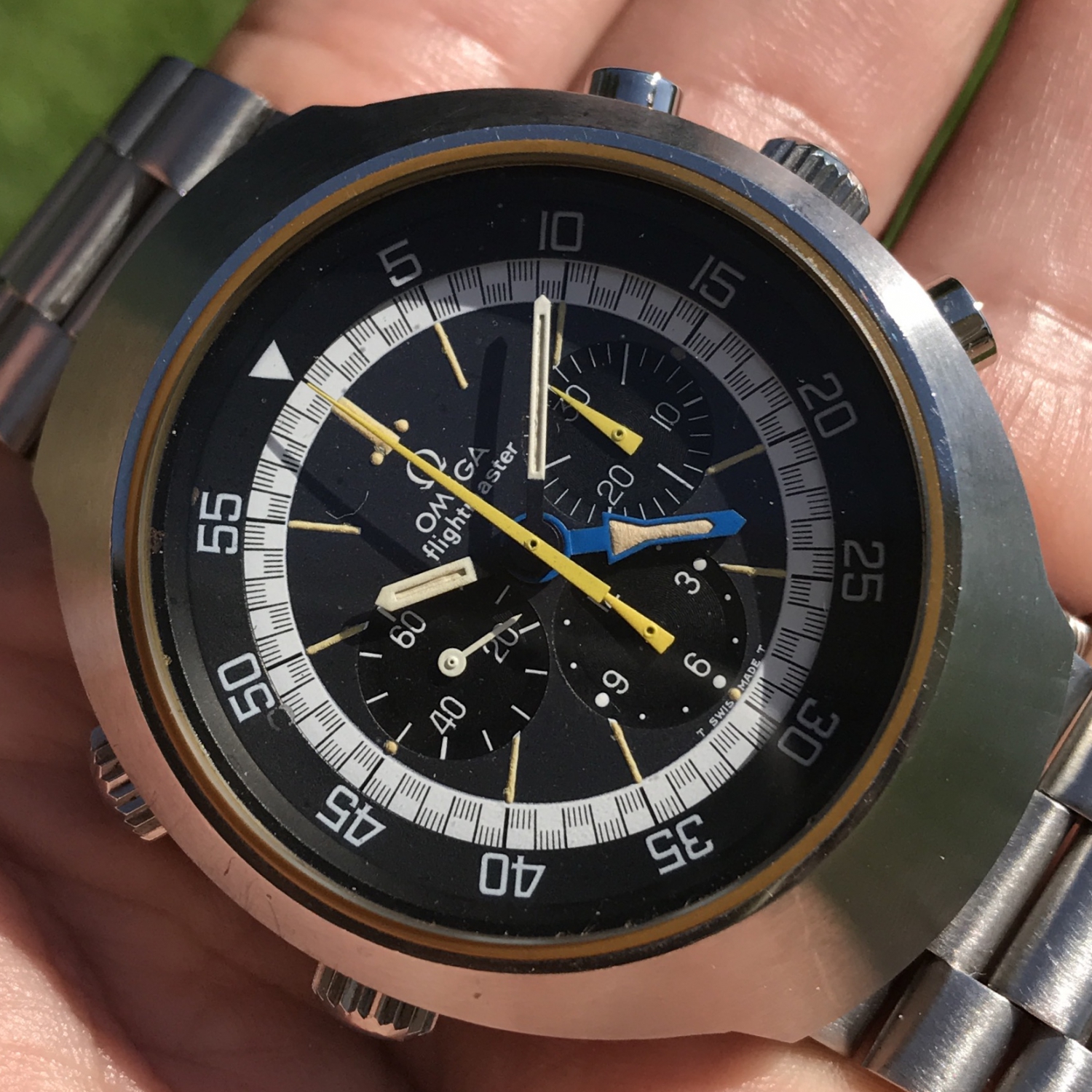 
The Omega Flightmaster was designed in 1969 specifically for pilots to be able to tell the time in different time zones by utilising a separate blue hour hand and a calibre 911 movement giving full chronograph features.

Omega cases of the late 60’s and 70’s were certainly ground breaking in their designs and the Flightmaster is no different. The stainless steel case was pressed and tempered 16 times before it takes the unique elliptical shape designed perfectly to fit the contours of the wrist.

Like it’s Speedmaster brother the Flightmaster was also used in space. This time in 1975 when cosmonaut Alexei Leonov wore a caliber 911 Flightmaster during the joint American-Soviet Apollo-Soyuz mission.

Excellent examples of the Flightmaster are becoming harder and harder to find with many having degraded dials and badly damaged and scuffed cases.
The yellow central hand is for chronograph seconds whilst the additional blue plane-shaped hand is a secondary hour hand which can be independently adjusted to display the hour of a second time zone.
This model is perfect.
Reference 145.036
Diameter of the case 42 mm